The Redmi note 4 has been released by Xiaomi, and it’s time for some fierce Redmi note 3 vs Redmi note 4 comparison. I have looked at the specification for both the Redmi phones, looked at camera performance and daily performance and here is my opinion, I don’t want the new Xiaomi Redmi Note 4, It’s not worth the upgrade. I was patiently waiting for the Redmi Note 4 but it disappointed me. Here why I came to this conclusion, the most prominent factors that decide whether I’ll buy the phone or not are – Camera, Performance and Looks, and all in all, the Redmi Note 3 is just not better if not worse than the note 3 in all these areas. 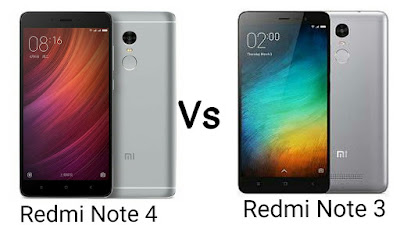 Performance – Redmi Note 4 comes with a Mediatek MT6797 Helio X20, while Note 3 (Pro) is powered by a Snapdragon 650. On the paper, Note 4 has more CPU cores so it should be faster. But in real life performance, the processor on the  note 3 is better performing and gives better results in bench-marking tests too. You can read here why more cores doesn’t mean better performance.

Camera –  Putting bluntly Redmi note 3 has 16 MP and Redmi note 4 has 13 MP so Redmi Note 3 is better, but that’s not the case. However the Redmi note 4 doesn’t particularly stand out either. Both the cameras perform similary, but I won’t deny that the Redmi note 4 has slightly better performance in some cases and in night mode, but the difference is nothing note worthy. Note 4 provided slightly better highlights and exposure. If you want to buy a phone solely based on camera, I give just a little bit edge to the note 4, but nothing substantial.
Check out here – how to improve the camera of Redmi note 3. 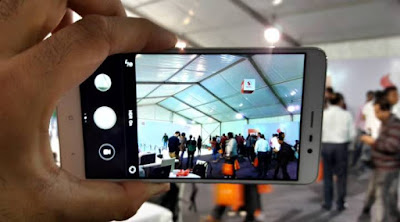 Looks –  I don’t want to say much about the look, just decide from the image below. How ever I’ll just say it’s difficult to differentiate between the two phones looking from the front. 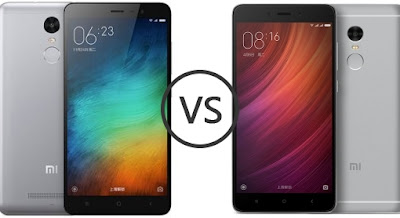